The particular spirituality of the Appalachian Riders For Our Lady is based on our three foundational principles of commitment, continuity and conversation in addition to the general Catholic evangelical counsels of poverty, chastity, obedience and stability adapted to a lay context. The Riders strive to promote a conversational culture, proclaiming Christ crucified, authentically Christian and Catholic, in the midst of a world largely lacking culture of any sort.  Our vows of commitment, continuity, and conversation do not necessarily mean that we have any natural inclination or talent in these areas. My booklist, which is in a way deep in history (each Rider, during their novitiate, settles on at most 24 books of primary importance), is:

The Appalachian Riders For Our Lady have a particular interest in the season of Ascensiontide, which we consider nearly as important as Advent and Lent.  My particular interest is: That ecclesial bodies with very different ecclesiology seem to have very similar Christology.  Emphasis on “seem”. 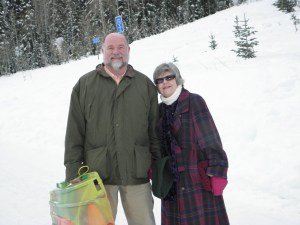 The foundation of everything is Christ Jesus, and him crucified. However, beyond the personal aspects of that, what are the implications for our social relationships?

I want to commend the Catholic perspective to you. Of course, that raises several questions:

All these points are controversial; however, I intend not to argue for them but rather to chew on them.  The difference between a primarily individual perspective and a primarily ecclesial perspective also has a significant political component since the State desires no competitor to its hegemony (see, for example, Alan Jacobs biography of The Book of Common Prayer which documents how this worked out in England) and hence is inclined to favor an individual perspective which it can divide and conquer.

I’m also assuming that the more alive an entity, the more applicable the principle that the whole is more than the sum of its parts. In addition, whenever possible I’d like to phrase matters sociologically. A major advantage of a perspective more social than individual is that one can “check one’s answers”– the boredom of, for example, discussion about end-time scenarios or sectarian doctrine being that one can not check one’s theory in one’s day to day life and interactions with others as one can, on the other hand, regarding ethics and how to live in community. Somewhat related to this, I prefer to get my history indirectly, via literature.

On a personal level, I think the core of the Protestant error centers on the attempt to place faith above love (see Luther’s commentary on Galatians) contra Saint Paul and the Catholic tradition.

The noted Evangelical scholar Mark Noll, in the book ‘Is the Reformation Over’, argues that Catholic and Protestant disagreements really come down to different understandings of the nature of the Church.  I don’t disagree; however, I very much disagree with the view that “well, maybe so but that’s not important to me..it’s my personal relationship with God that is important.”  The nature of the Church is essentially intertwined with the work of the Holy Spirit, as is reflected in the Nicene creed.  God is able to sustain what was initially established (..I will build my church, and the gates of hell shall not prevail against it) and it is wrong-headed to try to start over on one’s own.

Technology is very important and clearly the most important technology is language. The people who know the most about language are not the philosophers but the poets, broadly defined.

“Science is the belief in the ignorance of experts.” (Richard Feynman)

“When I was a boy in Scotland I was fond of everything that was wild, and all my life I’ve been growing fonder and fonder of wild places and wild creatures. Fortunately around my native town of Dunbar, by the stormy North Sea, there was no lack of wildness, though most of the land lay in smooth cultivation, With red-blooded playmates, wild as myself, I loved to wander in the fields to hear the birds sing, and along the seashore to gaze and wonder at the shells and seaweeds, eels and crabs in the pools among the rocks when the tide was low; and best of all to watch the waves in awful storms thundering on the black headlands and craggy ruins of the old Dunbar Castle when the sea and the sky, the waves and the clouds, were mingled together as one.” (John Muir)

“If people do not believe that mathematics is simple, it is only because they do not realize how complicated life is.” (John von Neumann)

“Don’t get involved in partial problems, but always take flight to where there is a free view over the whole single great problem, even if this view is still not a clear one.” (Ludwig Wittgenstein)

“The past is never dead. It’s not even past.” (William Faulkner)

“The Lord of the Rings is of course a fundamentally religious and Catholic work; unconsciously so at first, but consciously in the revision. That is why I have not put in, or have cut out, practically all references to anything like “religion”, to cults or practices, in the imaginary world. For the religious element is absorbed into the story and the symbolism.” (J.R.R. Tolkien)

“If only it were all so simple! If only there were evil people somewhere insidiously committing evil deeds, and it were necessary only to separate them from the rest of us and destroy them. But the line dividing good and evil cuts through the heart of every human being. And who is willing to destroy a piece of his own heart?” (Aleksandr Solzhenitsyn)

This entry was posted in Church, Currents and tagged Riders. Bookmark the permalink.

2 Responses to Commitment, Continuity, and Conversation